During the Depression years, a college major was expected to be practical. Grants and scholarships were available, especially for higher degrees. Women more than likely still needed to work to supplement any financial assistance.

According to Margaret Nash writing in Citizenship for the College Girl, The basic assumption in the 1930s was that women should marry. There was also the perception that college educated women were less likely to marry, either because they “waited too long” or because the college experience which broadened their minds deluded them into believing “marriage should be between equals.”

The demeaning cultural attitudes didn’t hold determined woman back from attending. College. Activism came alive at the University of Washington in 1934 when Professor of Psychology, William Wilson, spoke to an assembly of female students.

He urged them to challenge the stereotypes and take advantage of their higher education. His speech argued that “young women have earned membership in this underclass scholastic honorary through [their] docile attitude and diligence in doing what [they] are told on assignments. But now is [the] chance to forget that and really get an education by looking beyond the daily assignment.”

Quote from: Women at the UW – University of Washington
https://depts.washington.edu/…/women_uw_ch

No one has been able to seal that can of worms. 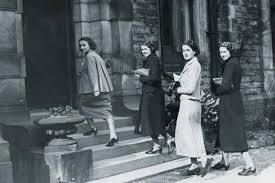 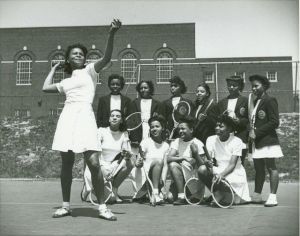