Word of the day ~ Undertake. A  pick from Roget’s International Thesaurus. Ran my finger down a randomly selected page with my eyes closed and landed on undertake. Would normally think caskets, mortuaries, funeral planning. But the word I landed on is a verb and a subsection of address oneself to. I do love a good romp through a thesaurus. Undertake, such a humble word has too many synonyms to mention and has inspired its own stable of cliches:

I’ve done all three the last few weeks, editing my manuscript, my excuse for being away from my blogging.

And why the association with grave diggers?

Word Origin and History for undertaker
c.1400, “a contractor or projector of any sort,” agent noun from undertake (v.). The specialized sense (1690s) emerged from funeral-undertaker. = {http://www.dictionary.com/browse/undertaker}

Back to Thoughts While Walking the Dog. 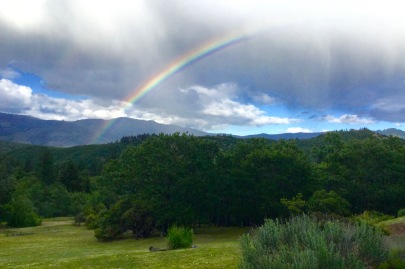 I’ve just finished reading ALL THE LIGHT WE CANNOT SEE by Anthony Doerr. If you haven’t read the book, I recommend it along with the majority of the other, over 23,000, reviewers who also wrote lovely descriptions of the story on Amazon and Goodreads. Many more reviewers raved about the book than those who criticized it.

I found much beauty and suspense in the novel along with the horror of WWII and the Nazi regime. I  felt immersed in the lives of the characters and once I got into the story had no problem following the back and forth in time.

Of course the book got me thinking about war and good vs. evil. One NY Times reviewer criticized Doerr for including von Rumpel as a not fully developed character along with Frederick, Werner’s friend in the Nazi Youth School. I guess both fall into the category of minor characters, not much backstory to flesh out either of them or make us care too much about them. But for me the two of them are metaphors for the theme of good and evil inherent in most stories about Nazi Germany.

Frederick represents the delicate nature  of good in the face of evil. When he defies authority, he is  severely punished. Werner knows in his heart the right thing to do, but does not have the courage to act. There are many, many riveting scenes, but that one stays with me. I keep asking myself – What would I do in a similar situation? Would I have the guts to  defend a friend or loved one in a situation where we would both more than likely lose our lives if I speak up?

Sgt. Maj. von Rumpel is evil to the core, toeing the party line and being eaten up inside by his cancer. Isn’t that the very essence of evil to destroy itself in the end. Doerr spared us a narrative about evil by showing it to us in the character of von Rumpel.

Did you read the book? Do you have a scene that stays with you? I’ll be away from my computer for the rest of the week on family business, but look forward to any comments you have.