Xenial ~ of, relating to, or constituting hospitality or relations between host and guest and especially among the ancient Greeks between persons of different cities. ~ Miriam-Webster Dictionary

During the A to Z Challenge, each of us participating has opened the door and invited both strangers and friends into our world.

The Shorter Oxford English Dictionary describes Xenial as pertaining to the friendly relation between host and guest, relating to hospitality.

One of the most respectful forms of hospitality during the 1930s was welcoming guests and sharing a meal. Women cooked and served food even in the poorest of households. It was a sign of good manners to offer food and drink, no matter how poor the household.

Women were often the breadwinners in families. They sewed clothes, tended gardens, and were responsible to stay within the food budget. Hospitality could be expensive. Enjoying one another’s company at potlucks, where each woman brought a dish to share was one way to extend the generosity of hospitality to friends and family.

Women were creative with the less expensive sources of protein: rice, beans, and cheese. Spam and bologna substituted for beef, pork and lamb. Chickens could be raised in the yard and became a staple Sunday sit-down meal for the after-church crowd.

No matter what a woman’s economic circumstances, she did her best to put food on the table and share a meal: 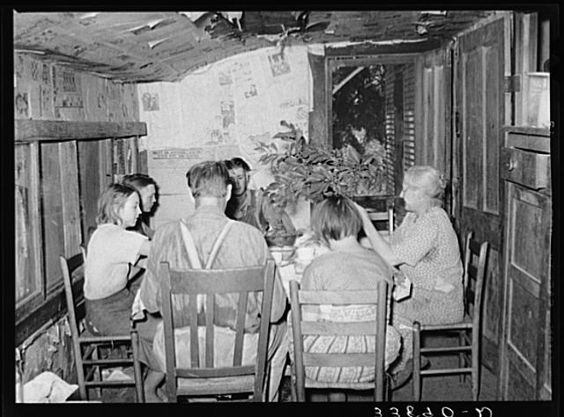 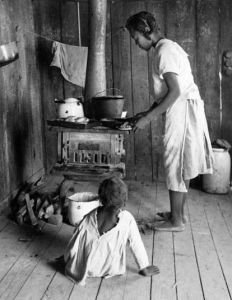